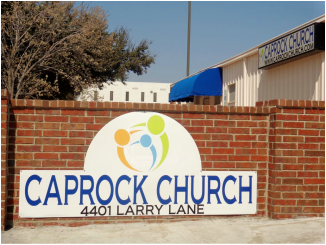 It was on July 16, 2003 when four people decided to meet at my house for a Bible study. Three of the four accepted Jesus as their personal Lord and Savior after the Gospel presentation. One of them is already a born-again Christian. These four committed to a weekly home Bible study. The small group of four started inviting their family members, friends and other people in their web of relationships and has grown to about fifteen. We started praying for God to reveal His plan if we are to become a church. A consensus was gathered and we are all one and united to obey God in starting a church that meets once a week for worship.

We started contacting churches in the Arlington area about a possible sponsorship for our group. After about two months of praying and a lot of leg work, God led us to "The Dwelling Place Church" who had been praying to help out newly started ethnic churches in the area. God is good! He did not only provide a sponsor church, He even provided a place for us to meet for free, furnished with all the equipment we needed to start a worship service.

We had our first preview worship service on March 16, 2004. The letter of approval from the Southern Baptist of Texas Convention came in on April 20, 2004 stating we are now officially a church. A huge financial support was given to us by Brazos Christian Church just for the mere reason that they believe in what we're doing! God is continually working and bringing people in our group. About the same time that year, Pastor Francis was appointed by the North American Missions Board as a Nehemiah Project Church Planter. So many amazing things were coming our way, just a proof that God is in this work.

On January 11, 2005, the good Lord blessed us with our very own worship facility. God provided us with all the equipments and furnishings as we moved in to our new room. We claim His promise in Genesis 26:22, "Now the Lord has given us room and we will flourish in the land." And then came our official public launch and grand opening on March 27, 2005. The Lord continued to grow us in number. By the end of the year 2005, we have doubled in number and have acquired the facility next door, and renovated that to become our fellowship hall and children's room.

The Lord continued to extend His blessings to Caprock Church and on March 19, 2008, by the grace of God, we purchased our very own new church building (4401 Larry Lane, Arlington). We have seen miracle after miracle from God during the process of purchasing our new building. And indeed "Had it not been the Lord", it would have not been possible; but God made it possible. And so far Caprock Church's History continues because our History is His Story!

To our awesome, most faithful God we give all the glory!